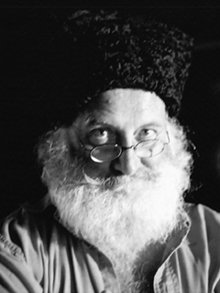 The largest literary prize in Quebec and -- for the winning writer, at least -- the richest in Canada is the prix Gilles-Corbeil. The winner this year is the veteran novelist Victor-Lévy Beaulieu of Trois-Pistoles, Quebec.

Where the recently rebranded Weston Prize is worth $60,000, and the Griffin Prize $65,000, the Émile Nelligan Foundation’s prix Gilles-Corbeil presents the winner with $100,000.

Admittedly, that’s once every three years, not annually (as is the case with the Weston and Griffin Prizes), but $100,000 is a very large chunk of change for the winning writer of what is sometimes referred to as the Quebec “Nobel” prize for literature.

The prize is open to Canadian and (interestingly) American writers working in French, but the winners to date have all been Quebecers: Réjean Ducharme, Anne Hébert, Jacques Brault, Paul-Marie Lapointe, Fernand Ouellette, Marie-Claire Blais and Jacques Poulin and now VLB.

In its report on the prize, Radio-Canada refers briefly to VLB’s 2008 threat to burn his own books. That was to protest against growing bilingualism and multilingualism in Quebec and against the insufficient ardor of the independence movement.

Not mentioned in the press accounts of the prize that I have read this week is that VLB launched a public attack that same year on Governor General Michaëlle Jean, whom he dubbed La Reine-Nègre or the Negro Queen.

Joël Des Rosiers, winner of the prix Athanase-David (on this site) was one of Jean’s most eloquent defenders at that time.

The fact that VLB and Des Rosiers are winners of Quebec’s two top literary prizes this year will inadvertently give some indication of political differences within today’s Quebec.

Writing in Le Devoir, Bissonnette herself passes lightly over the political and controversial aspects of Beaulieu’s career, properly focusing her remarks on VLB the writer, VLB the reader – he has devoted thousands of pages to such writers as Hugo, Joyce, Melville, Tolstoy, Voltaire, Foucault, Ferron, Thériault, Kerouac, and soon Nietzsche -- and VLB the publisher first of Éditions VLB and more recently of Éditions Trois-Pistoles.

Now 67, VLB is in the process of reissuing his complete works. His plan is to publish 666 copies of each work, seeing that as the number of real readers he can count on in Quebec.

The Toronto battle has not yet made its mark nationally, but it should. If Toronto library users and supporters lose this fight, you can depend on it that other municipalities will be encouraged to follow suit. I am a Montrealer, not a Torontonian, but I know this is my battle, too. And I think it’s a battle we should all be fighting.

When it comes to the future of public libraries, we are all Torontonians.