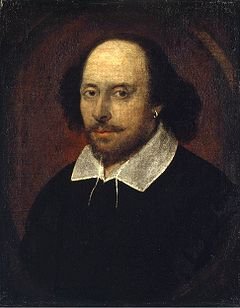 Of Shakespeare, Anonymous, and Muriel Spark

The controversy over who wrote Shakespeare’s plays has recently re-emerged, with the recent appearance of the film Anonymous giving commentators a good excuse to go over an already well-trodden battleground.

It’s a controversy which tends to create more heat than light. The revisionists have to make their case, which they do. They are accused of madness, and worse, and indeed I fear they must be mad even to think of tilting at Stratfordian orthodoxy. The Stratfordians themselves, evidently frustrated, have a tendency to rely on their formidable authority to tell their critics to just shut up.

The most common response is a flat refusal to consider the possibility that there might indeed be any other contender worth considering. Shakespeare is Shakespeare, they insist, and that pretty much is that. They don’t seem realize this strategy is less than entirely convincing, and that they might be better to admit that there is reason for doubt.

And indeed there do seem to be articles of faith here, and rather more anger and even vitriol than one might expect from an academic view of the evidence.

Stephen Marche heaps scorn on the very idea of Edward de Vere, 17th Earl of Oxford, who is the current favourite among various contenders (and the one focused on in Anonymous). The very idea of doubting the orthodox Stratford version is dismissed as “anti-elitist.”

A lengthy and surprisingly detailed version of the debate can be found on the Guardian website; others of the doubters’s arguments can be found online in a Declaration of Reasonable Doubt, which has a video of signatory Keir Cutler; the Oxfordians have a couple of different websites here and here. There is a very long list of other contenders, from Sir Walter Raleigh to Queen Elizabeth I herself. Of the cases I am familiar with (and I am not a Shakespearian scholar) the most intriguing is the part-Jewish Anglo-Italian John Florio, whose case is made by Lamberto Tassinari in John Florio: The Man Who Was Shakespeare. It is Tassinari whose work has drawn the really remarkable words of Jorge Luis Borges quoted above to my attention.

Novelist Hilary Mantel is not a scholar either. She takes the side of the Stratfordian establishment in a review of James S. Shapiro’s Contested Will (2010). The revisionists, she says -- and she is far from alone in making this accusation -- are snobbish in doubting that an ill-educated man like the man from Stratford might have been able to write what “Shakespeare” wrote.

Another common response to the revisionists is to ask why it matters who really wrote the plays and the sonnets, which is just another way of stifling the debate. Why does it matter who Cervantes was? Or Jesus? Or Mao? Why does it matter who anyone is, come to that? Which is not all that far from asking why does anything matter in the whole wide world?

Following the current revival of the debate with a moderate amount of interest (which is one of the few moderate things about it) and no axe to grind, I was taken aback this week when I happened quite by chance upon Scottish novelist Muriel Spark’s unexpected take on this very question in her 1988 novel A Far Cry from Kensington (Viking, 1988).

This is Sparks’ most thorough fictional account of the publishing world in 1950s London (a slighter version can be found in the 1963 novel The Girls of Slender Means) and, in the chapter I was reading last night, McIntosh & Tooley publisher Sir Alec Tooley has just offered the novel’s engaging protagonist, Mrs. Hawkins, a limp hand when hiring her as an editor.

When she takes his hand, she reports, Sir Alec “seemed to throw my hand away into thin air” (p. 73). Then, quite out of the blue, he says to her, “or rather sighed out the words”:

I hope you don’t believe that Shakespeare wrote the plays. The evidence in fact does not stand independent scrutiny. He must be laughing up his sleeve in the next world if in fact there is one, when he looks down and sees what is in fact going on at Stratford-on-Avon.

The head of a highly successful firm, Sir Alec is a wacky fellow with odd ideas on alternative medicine as well as a handshake with a surprising fillip. This passage will provide succour neither to the academic Stratford industry nor to the revisionists.

Sir Alec’s words tell us a great deal more about him than about Shakespeare, In fact. What they tell us is that Sir Alec is unconventional and thoughtful, which is rather more than can be said for the frustrated spokesmen for the Stratford establishment.

Addendum: also see notes from the Oberon Shakespeare Study Group on an April 2012 seminar at York University on the authorship question.

"We are living through an extraordinarily dynamic period of change from which no one will escape unscathed." -- Mike Shatzkin 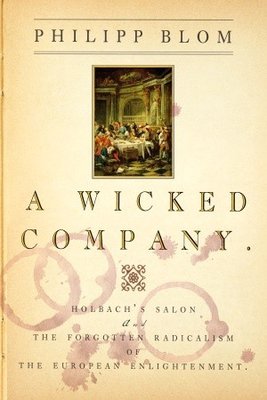 What does a post-Internet novel look like? by Leigh Kinch-Pedrosa

Where is the line between the person that I am IRL (in real life) and the image of myself that I have curated on the Internet? How am I going to pay my bills?

These are the questions asked in Guillaume Morisette’s second novel The Original Face (Véhicule Press).