LM: As the title suggests, the book is a fictional (and charming) account of the girls and even the women of Mulirena, a small town in Calabria. Why such emphasis on them?

CGM: The absence of men in those southern Italian villages was very real. During the war, the men were all away fighting. The women held the strongest influence in the children’s lives simply because, even after men returned, which is the period that I remember, most of them–-fathers, husbands, brothers, boyfriends—left to find work in the cities of the north. The men would return for a few days a year and then leave again, until many immigrated to the Americas for good. It was very common for some families to be apart for years before they were reunited. It was the women who held the fort back home and kept the family intact, through frugal living, courage, and selflessness. They were the queen bees of the household, and inspired me the most. In a way, the women’s stories—their being jilted by the men, the proxy marriages, the manipulations played on them—are correlated with what was happening in southern Italy at that specific time, especially the phenomenon of mass emigration, which I wanted to emphasize through the women.

LM: Yes, the recollections that inspire and inform this novel about the women are not entirely nostalgic—that is, the book is not this single-minded longing for and pursuit of a life that was left behind. I find this part of the novel complex and more sophisticated than other fictional accounts that characterize such Italian villages. To what extent is this novel nostalgic, and, when it is not, why not?

CGM: When I started writing, I set out to recreate those images that I had carried in my mind for years with a certain longing—mainly images of a carefree existence in an almost pastoral setting surrounded by a loving family and lots of friends, undoubtedly a perspective colored by the naiveté of childhood. As a story developed, and looking back through the lens of an adult woman raised in Canada, I could not be oblivious to the conditions of women in the male-dominated society of the village.

Remember that Calabria is closer to North Africa and the Middle East than it is to North Italy and northern Europe, not only geographically, but also in its mindset on gender relations. Honor killings were not unheard of at those times. I certainly cannot feel nostalgic about how women were conditioned from a very early age to defer to the men and to be subservient to them. But the love that was reserved for us children and the sense of belonging in a close-knit community are things I could still feel nostalgic about.

LM: Given the historical context you just described, to what extent was your act of translation—of cultural practices, not just the Italian language—for a North-American audience a challenge?

CGM: I didn't find it a challenge, since I wasn't particularly preoccupied with this aspect. I hope that the adult narrator who reflects on the social and sexual mores of the period will bridge the cultures. One of my mother's favorite sayings was, "All the world is a village."  I believe that women in North America may find some of the cultural practices extreme, but women everywhere have, at one time or other, suffered some of the plight of the girls in the novel. The difference may be only one of degree.

LM: Can you talk about the process that went into writing this novel?  I understand you had written a larger work as a Master's thesis. Can we look forward to a future project?

CGM: The process of bringing this novel to its present form has been a long and complex one. These were some of the earliest stories I wrote, which I later used as flashbacks incorporated into a larger multilayered novel set in Montreal. That work was quite unwieldy, spanning many periods, and I spent a few years trying to cut it down to a more manageable size.

Linda Leith suggested using the stories set in Italy as a shorter novel and, at once, I found myself with the more pleasant task of having to boost the length of the new novel. I used the adult narrator to tie in the different stories. I found the experience quite liberating. In extracting the stories from the larger work, buried as they were in a 500+ page saga, I feel that the characters, the period, and the sense of place of the novel are given the space and significance they deserve. I do hope to bring these same characters back to life in Montreal twenty-five or so years later as they struggle to reconcile their past with their present lives. 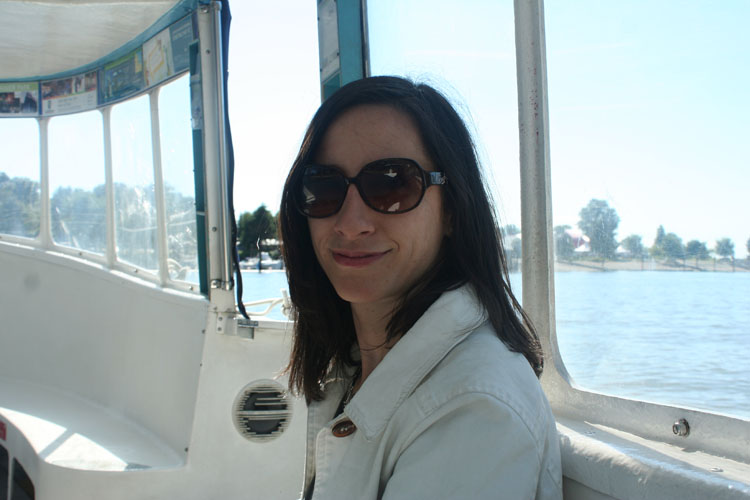 Dr. Linda Morra is an Associate Professor and head of the English Department at Bishop’s University. Her research, largely animated by inquiries into the place of Canadian women writers in the public sphere, has culminated in a monograph (under review with UTP), in Basements and Attics, Closets and Cyberspace: Explorations in Canadian Women’s Archives (co-edited with Dr. Schagerl, WLUP 2012), and in the prepared edition of Jane Rule's memoir, Taking My Life (Talon 2012). The latter was short-listed for the international LAMBDA prize in 2012.

Jean-François Lisée is off to a good start in his Ministerial rôle, by Linda Leith

There have been too many shows of impatience and anger, with each side blaming the other. With few exceptions, this has all been a question of words -- sharp words, throw-away words, unthinking words -- but they have succeeded in hardening attitudes and deepening divisions. Fine words are not all it takes to improve matters, but they can help a great deal in such a language-obsessed city as Montreal.